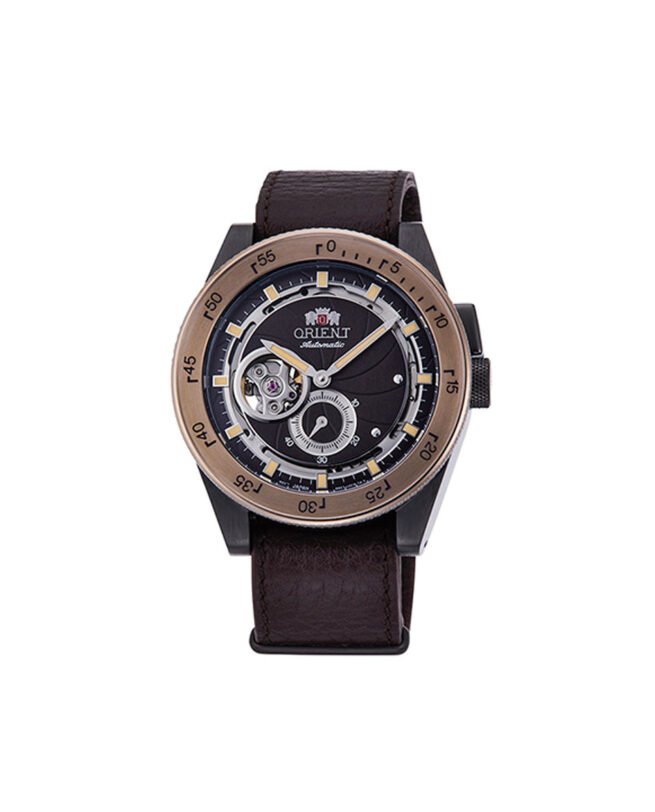 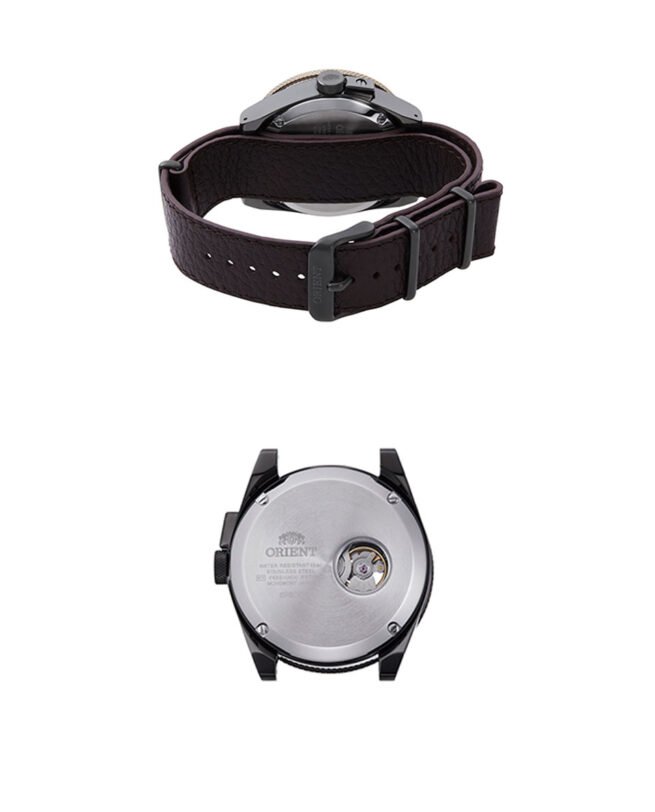 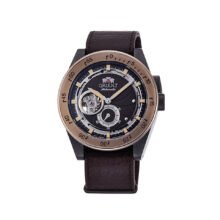 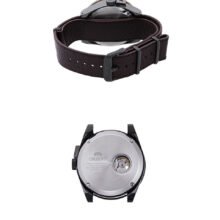 This model is named as “The Retro Future Camera”, it blends the functionality of a mechanical watch with highly original design elements. The new Revival Collection models introduce modern features to the original ORIENT STAR Retro Future Camera watch that was launched in 2005 and has continued to be highly popular amongst its many fans across the world. In a digital age, the Retro Future Camera casts the image of a mechanical camera on a mechanical watch. As a modern twist on the original, it retains many of its features including the dial, inspired by a camera’s lens aperture blades; the bezel, mimicking an aperture ring; and the crown and crown guard, reminiscent of a winding lever; and the square top of a camera cover. New design touches further enhance the camera-like design, such as the case back that simulates a viewfinder.